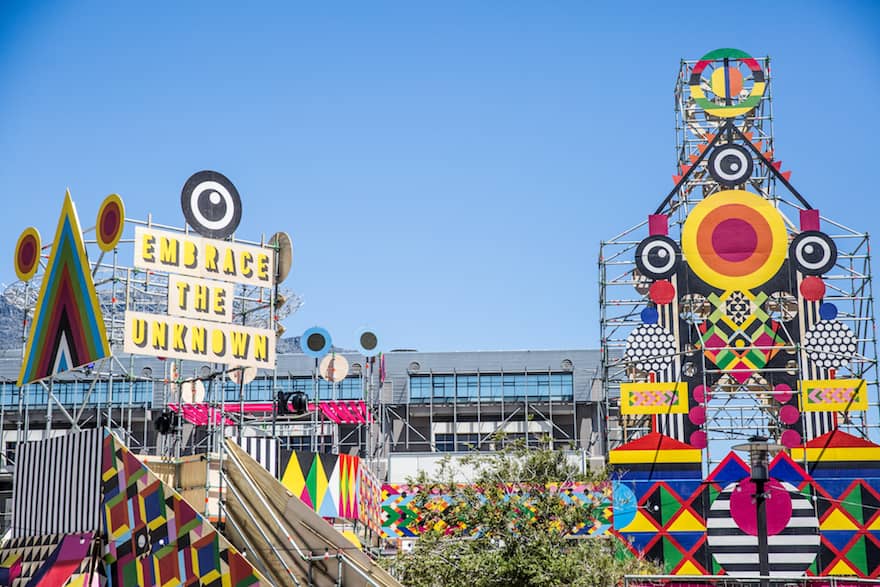 Afrofuturism. It’s a word you will be hearing about a lot in connection with the economic rise of the continent of Africa, Africa’s increasing cultural impact on the world, and the new generation of political leaders that are bringing hope to the continent of lasting peace and economic prosperity.

At Design Indaba this year, speakers from the African continent and South Africa spoke about the hope that Afrofuturism is bringing to countries across Africa, as well as the Diaspora – the millions of Africans living outside of Africa, either as economic or political refugees.

Key factors contributing to the rise of Afrofuturism, are brands and films, which are having a massive impact on the way Africans and people outside of Africa, view the continent. The movie Black Panther was cited several times by speakers for its empowering message and strong characters. The #BeAbsolut brand campaign featuring Khuli Chana, which won big at Cannes last year, also featured as an example of how to smash stereotypes and imagine another future for Africa.

Zimbabwean filmmaker and commercials director, Sunu Gonera, who directed the Absolut campaigns, gave an emotional speech about his journey to success, with all its highs and lows, from being feted in Hollywood, to losing everything and ending up back in South Africa, living in one room with his family, before rebuilding his career in film.

His talk was on Afrofuturism and he described it as Africa’s moment to shine, to change perceptions about Africa, to tell African stories: “Embrace Africa with all its brokenness and you can be creative out of that. Africa is not a jungle. It is a continent of intelligent, progressive, smart, but also innovative people. Africans are innovative, because we use what we find. Our voice matters. We love hard because of our proximity to death in Africa.

“For me I think carpe diem, this is our moment. Tell your story, exactly the way you want to do it. Don’t be afraid to show where you come from, a shack or a mansion. Show it without apology.”

Human centred designer Mark Kamau, who is bringing free Wi-Fi to rural areas in Kenya and Rwanda, as well as rolling out digital classrooms in rural schools in Africa and in other parts of the globe, sees Afrofuturism as a chance for Africa to solve global problems with its unique approach to solving problems by coming up with solutions.

With his company BRCK, he freely admits he is disrupting the internet in Africa, building technology which provides free Wi-fi and school materials in rural areas, as well as creating servers in villages. “It is amazing to see African built technology making such a difference. It is time for Africa to claim thought leadership in this space. That is Afrofuturism in my opinion. The Africa of the future does not sit back.”

Another beautiful work from Africa, is Thabiso Mjo’s tutu 2.0 light, voted as the winner of the Design Indaba’s annual Most Beautiful Object in South Africa (MBOISA) award. Mjo’s functional lamp is a reimagining of the ballerina tutu, says the designer, who drew inspiration from both Western and African fashion styles to make this unique chandelier.

The light, more of an art work, is “an evolution of the iconic ballet outfit mingled with hallmarks of an African counterpart, the Xibelani skirt”, according to Mjo. The Xibelani skirt is worn by Tsonga women and is known for its structural, tiered layers and colourful vertical pleats.

“My primary target market is always those whose cultures are represented in my designs. It’s always so incredible when someone recognises themselves in one of my objects,” she said.

This is Afrofuturism at work.

*This article was written by Louise Marsland and originally published in Screen Africa, April 2018.